Annotation Viewer is no longer opening in a new tab - This adds risk of voting on the wrong task! 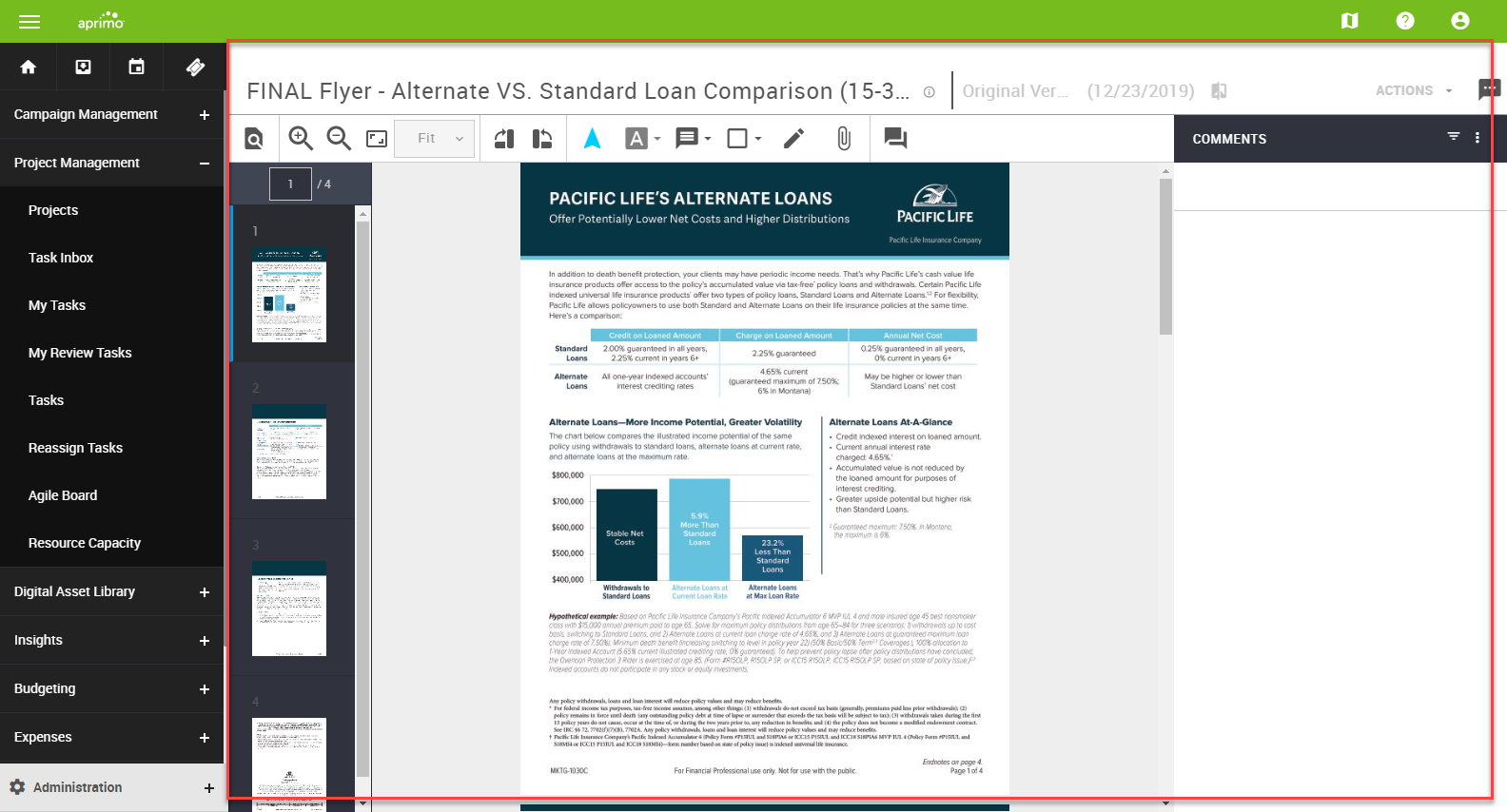 No, after further discussion the approach that I've outlined below is the approach we want to use going forward. This matches the behavior of the rest of the application.If you want to open in the same tab, just click the link in inbox like normal. If you want to open in a new tab, right click the link and choose to open in a new tab. This gives users immediate flexibility without having to configure any extra options.

"Another approach we could consider is adding another "Annotation Preference" for users that allows them to chose whether they want the annotation viewer to open in a new tab or the same window? If they chose this option then they need to know they also have to allow pop ups for the Aprimo application in their browser settings?"

This it the ideal approach from Citizens perspective. Our users do not want to have to open something in a new tab. They barely use this feature as it is.

In Progress
Rachel Phillips 2 months ago

Update on this: tentatively in PM release 112 from task inbox, we will add the ability to right click the View Annotations menu option and open the annotation viewer in a new tab.

We've also started receiving complaints from users after R109. We trained our users to expect to see new tabs as part of the new UX, they rely on this to be able to view documents side by side when making necessary updates.

For Barclays, this is also issue its confusing for our reviewing population, we would also request the fix be backed out.

I will share that Aprimo made this shift for a few reasons:

Another approach we could consider is adding another "Annotation Preference" for users that allows them to chose whether they want the annotation viewer to open in a new tab or the same window?  If they chose this option then they need to know they also have to allow pop ups for the Aprimo application in their browser settings?

The annotation preference option could work but I would rather see it as a system parameter so as admin's we can decide what is best for our user population rather than having to go user by user to turn this on.

Will the current function that automatically opens annotation viewer in a new tab also be brought back?  From our point of view this is a defect since current function is not working, it is not an enhancement request.  Our users need to be able to view documents being reviewed side by side and this issue has significant impact to us.

Yes, AIG users are not happy with this change. Very poor user experience for the reasons already noted. Also, users were in the habit of closing out of the annotation viewer tab once done and would then still have their task tab open to vote on, etc. Due to habit, they are closing out of the annotation viewer tab and inadvertently their task as well and having to go back into the task inbox.

Glenn and others, we appreciate this feedback and I can understand the use case.  We are going to modify the menu options on the thumbnails so that the "View Annotations" menu option can be right clicked and give the option to open as a new tab.  This would allow users to still chose to open the annotation viewer in a new tab if that is their preference for side by side viewing.

Why would you now require users to right click and open in a new tab when having the default action being that it opens in a new window was working just fine? It's adding an additional click that isn't necessary. It only makes sense for it to open in a new window. Even in old nav the annotation viewer opened in a new tab, so this seems like an odd change.

What am I missing here?  When I click on the Annotation Viewer, it opens up directly into a new tab.

We now see this issue with R109 to US Production 2 and agree with everyone users shouldn't have to right click to view in a new tab.

Wells Fargo agrees and requests that this change be backed out due to the added risk and poor user experience.

We showed this to a group of users and all agreed that this is a very poor user experience.