bart.theys 1 year ago in Productivity Management • updated by Diana Fournier 1 year ago • 4

The business case is as follows:
A projects responsible (activity requestor, project owner...) requests feedback for an asset/attachment (e.g. proposal received from the agency) and involves for that multiple colleagues in a review task. At the end, it is the responsible who has the final saying (approve/reject), but in making that decision, this person takes into account the feedback (vote/comment/annotations) provided by the reviewers. Also, this person does not necessary waits for everybody to respond (e.g. vacation, illness) or might already come to a conclusion, based on partial feedback.
As we envisioned it , this could be a normal review task with a new kind of voting style. The review task would have two roles involved: feedback reviewers & decision takers. The workflow engine should not wait for the feedback reviewers to vote before closing the task. But the task should however wait until all assignees in the decision taker role have casted a vote (within that group, normal voting styles could drive the final outcome of the task: majority, first vote,...)

Yes all the voters' votes matter, but the Requester would be the last one to vote, having been able to take into consideration all the others' voters' votes first.

For the client I was refering to, a formal reviewer vote was not a strict necessity. But I believe that in many cases, voting is the prefered interaction. The 'Review Comments' panel offers then a user friendly overview for the decision taker to see at a glance whether reviewers agree, disagree or have not voted yet.
So, I think it will be easier to explain to Aprimo clients that reviewers (even feedback reviewers) must close their task by casting a vote (in addition to their comments), rather than not having this option at all. 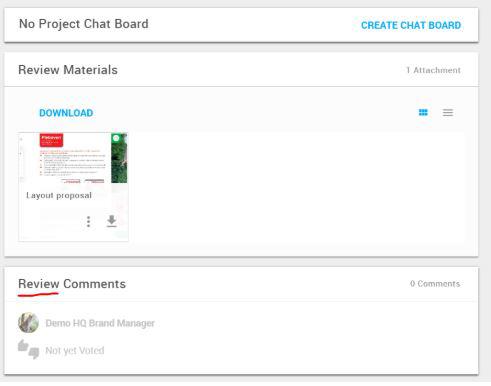 So you see this as still one review though.  All the reviewers receive the review at the same time but some reviewers are only adding feedback and some reviewers actually have a vote.  Would you still want the feedback reviewers to actual "cast" a vote of Approve, Approve with Changes, Reject or should they only be able to add annotations and maybe their "vote" button just opens a window to add a comment?  Just wondering if you still think in this situation if letting vote really even makes sense?

Diana, you mention wanting them to be "last" to vote.  Does that imply that the other reviewers votes do also matter or is the requester really the only vote that matters?

We have a similar use case where the business wants the requester to be the LAST to vote in Requester Review so they can take all of the other feedback into consideration when they vote.  We have no workaround for this at the moment.